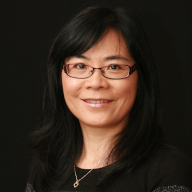 Wireless: The Endless Frontier - From 5G to 5.5G and Beyond

Abstract: 5G is rolling out at lighting speed, with world's leading carriers racing for providing various commercial services. It is predicted that more than 6.5 million 5G base stations will be deployed to offer services for more than 58% of world’s population with more than 100 billion 5G connections. There is interest in unitizing 5G infrastructure to realize its full potentials. It is anticipated that with the significant 5G penetration, more and more use cases for commercialization will require 5G evolution by 2025. 5G technology evolution shall bring new values to all stokeholds while maintaining backward compatibility in order to protect the earlier investments. Hence, we believe that it is a right time to consider a well-defined 5.5G framework and standardization in order to support commercialization between 2025 and 2030. In this talk, we will discuss the key driving force, requirements, use cases and capabilities of 5.5G, then the main challenges and potential technologies including the standard roadmap.

As the title says, wireless is the endless frontier, there are new emerging services and technologies beyond 5G evolution, this talk will conclude by proving a glimpse of the horizon beyond 2030.

Biography: Dr. Peiying Zhu, Senior Vice President of Wireless Research, is a Huawei Fellow, IEEE Fellow and Fellow of Canadian Academy of Engineering. She is currently leading 5G and beyond wireless research and standardization in Huawei. The focus of her research is advanced radio access technologies. She is actively involved in 3GPP and IEEE 802 standards development. She has been regularly giving talks and panel discussions on 5G vision and enabling technologies. She led the team to contribute significantly to 5G technologies. 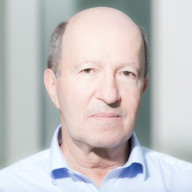 Abstract: In this talk, I will show how the works performed at Langevin Institute have led to the seminal concept behind large reconfigurable intelligent surfaces (RIS) that is currently a topic of great interest in the wireless communication community and that is proposed as a new paradigm for the sixth generation (6G) of communication networks.

Starting with the first demonstrations of ultrasonic “time-reversal mirrors” focusing in complex media in the early nineties, I will underline how these ideas were first used for underwater acoustic communications and were transposed later, for electromagnetic waves, into the concept of massive MIMO for the 5G communication networks to optimize channel diversity.

Compared to these techniques that need multiple antenna array, I will explain how we proposed, 8 years ago, another approach using tunable metasurfaces to obtain with a limited number of transmitters the best communication performance. The main idea is to replace the numerous transmitting antennas, used in massive MIMO, by a smart modification of the wireless environment by physically shaping the propagation medium to achieve optimal focusing and channel diversity. Using smart mirrors made of reconfigurable metasurfaces placed inside any wireless environment, we tune the medium complexity to obtain the best communication performance. I will show how the optimization of these metasurfaces can be done through the generalization of the “time reversal mirror” concept to the one of the product of different time-reversal mirrors associated with each transmitters and receivers.

Biography: Mathias Fink is the George Charpak Professor at ESPCI Paris, France where he founded the Langevin Institute.  He is member of the French Academy of Science and of the National Academy of Technologies of France. In 2008, he was elected at the College de France on the Chair of Technological Innovation. He has received several scientific awards as the CNRS Medal of innovation, the Helmholtz-Rayleigh Award of the Acoustical Society of America, the Rayleigh Award of the IEEE Ultrasonics Society and the Edwin H. Land Medal of the Optical Society of America.

Abstract: Core to all future generation of communications is ultra-reliable low-latency (URLLC), a key enabler to self-driving cars, virtual reality, indeed all delay-sensitive services. The practice lags the promise. To counter the inefficiencies of layers of complexity in 4G and 5G, delay has been mostly managed by costly bandwidth over-provisioning. We propose a different, ab initio approach that reconsiders usual assumptions, yet remains entirely compatible with current systems. At the physical layer, we eschew the current code-centric error-correction approach for a noise-centric one, guessing random additive noise decoding (GRAND), that allows for any high rate error-correcting code. As GRAND is universal, it can work with current codes. We are thus able to find that simple codes, even random codes, match the state of the art encoders and decoders. At the transport layer, URLLC requires a trade-off between rate and delay, negating the ansatz that one is the inverse of the other. Random linear network coding (RLNC) can effectively trade off between in-order delay and goodput with extremely low complexity in the decoding. We show that RLNC-based transport is compatible with current systems and highlight some of the sharp delay gains it provides.

Biography: Muriel Médard is the Cecil H. Green Professor in the Electrical Engineering and Computer Science (EECS) Department at MIT and leads the Network Coding and Reliable Communications Group at the Research Laboratory for Electronics at MIT.  She has served as editor for many publications of the Institute of Electrical and Electronics Engineers (IEEE), of which she was elected Fellow, and she has served as Editor in Chief of the IEEE Journal on Selected Areas in Communications. She was President of the IEEE Information Theory Society in 2012, and served on its board of governors for eleven years. She has served as technical program committee co-chair of many of the major conferences in information theory, communications and networking. She received the 2019 Best Paper award for IEEE Transactions on Network Science and Engineering, 2009 IEEE Communication Society and Information Theory Society Joint Paper Award, the 2009 William R. Bennett Prize in the Field of Communications Networking, the 2002 IEEE Leon K. Kirchmayer Prize Paper Award, the 2018 ACM SIGCOMM Test of Time Paper Award and several conference paper awards. She was co-winner of the MIT 2004 Harold E. Egerton Faculty Achievement Award, received the 2013 EECS Graduate Student Association Mentor Award and served as undergraduate Faculty in Residence for seven years. In 2007 she was named a Gilbreth Lecturer by the U.S. National Academy of Engineering. She received the 2016 IEEE Vehicular Technology James Evans Avant Garde Award, the 2017 Aaron Wyner Distinguished Service Award from the IEEE Information Theory Society and the 2017 IEEE Communications Society Edwin Howard Armstrong Achievement Award. She is a member of the National Academy of Inventors. She was elected Member of the National Academy of Engineering for her contributions to the theory and practice of network coding in 2020. She has co-founded CodeOn, Steinwurf and Chocolate Cloud for technology transfer of network coding. 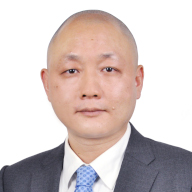 Abstract: The first release (Rel-15) of 5G new radio has been completed by 2019. Since then, the global campaign of 5G commercialization is in full swing. In the meantime, the standardization society envisions more vertical applications as the enhancement of 5G in later releases (Rel-16 and Rel-17), such as V2X, Industrial IoT, wearables, non-terrestrial networks, AR/VR, utilization of unlicensed spectrum, etc.

The evolution of wireless communications will never stop. Almost every 10 years there will be a new generation of wireless system. With the success of massive deployment of 5G base stations and popular using of 5G cell phones, people are beginning to think about the future, e.g. vision of 6G.  From the standardization point of view, the first release of 6G specification from 3GPP is likely to be ready by 2029~2030. Before that, we still have about 3-4 releases for 5G stage 2. In Rel-18 and beyond, let us call it 5G-Advanced, we should keep digging the potentials of 5G network to continue the prosperity of 5G industry. Those advanced techniques should cover not only the traditional broadband personal use cases, but also the emerging use cases of verticals as well as the universal enabler, AI.

In this talk, I will show our views on the scope of 5G-Advanced. I will talk about the potential enhancements of the fundamental structure in various aspects as well as more fancy ideas from the long-term point of view, more specifically, that includes AI for 5G, Reconfigurable Intelligent Surfaces, massive MTC, Industrial IoT 2.0, MESH network, integrated terrestrial and non-terrestrial networks, and so on. 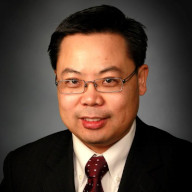 Abstract: The dramatic evolution of wireless communication technologies and their rapid convergence with vertical applications signify the ongoing industrial and societal transformation. With the ever-growing data traffic, massive connected devices and diverse services to be supported, the future success of our hyper-connected society relies heavily on 5G/6G enabled vertical applications and services to address the evolving needs from people, industry and society.

Biography: Dr. Xianbin Wang (S’98-M’99-SM’06-F’17) is a Professor and Tier 1 Canada Research Chair at Western University, Canada. He received his Ph.D. degree in electrical and computer engineering from National University of Singapore in 2001.

Prior to joining Western, he was with Communications Research Centre Canada (CRC) as a Research Scientist/Senior Research Scientist between July 2002 and Dec. 2007. From Jan. 2001 to July 2002, he was a system designer at STMicroelectronics.  His current research interests include 5G and beyond, Internet-of-Things, communications security, machine learning and intelligent communications. Dr. Wang has over 400 peer-reviewed journal and conference papers, in addition to 30 granted and pending patents and several standard contributions.

Dr. Wang is a Fellow of Canadian Academy of Engineering, a Fellow of Engineering Institute of Canada, a Fellow of IEEE and an IEEE Distinguished Lecturer. He has received many awards and recognitions, including Canada Research Chair, CRC President’s Excellence Award, Canadian Federal Government Public Service Award, Ontario Early Researcher Award and six IEEE Best Paper Awards. He currently serves as an Editor/Associate Editor for IEEE Transactions on Communications, IEEE Transactions on Broadcasting, and IEEE Transactions on Vehicular Technology. He was also an Associate Editor for IEEE Transactions on Wireless Communications between 2007 and 2011, and IEEE Wireless Communications Letters between 2011 and 2016. He was involved in many IEEE conferences including GLOBECOM, ICC, VTC, PIMRC, WCNC and CWIT, in different roles such as symposium chair, tutorial instructor, track chair, session chair and TPC co-chair. Dr. Wang is currently serving as the Vice Chair of IEEE London Section and the Chair of ComSoc Signal Processing and Computing for Communications Technical Committee. 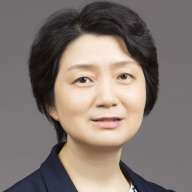 Trend: Integration of 5G and AI

by  Zhiqin Wang, China Academy of Information and Communications Technology

Abstract: The integrated development of 5G and AI will provide a broad space for the construction of digital society in the future. A series of key technologies are involved in the process of 5G and AI integration. AI based algorithms can be used to improve the performance of 5G network. By introducing AI based algorithm, 5G could improve spectrum efficiency, reduce energy consumption and provide better user experience. 5G could also support AI algorithms and applications better and make AI technology more generalized.

This speech mainly focuses on a series of key concepts, scenarios and technologies involved in the integration of 5G and AI. Provide some analysis on AI based 5G network and wireless key technologies, and requirements on 5G enhancements for AI technology.